Participants were aged 18 years and older, were receiving VKA therapy, were hospitalized for urgent surgery with significant bleeding risk (50 mL or more) for which VKA withdrawal and intravenous (IV) vitamin K were considered insufficient, and had an International Normalized Ratio (INR) ≥2.0. All patients received 1 dose of IV 4F-PCC 25, 35, or 50 IU/kg body weight per baseline INR (2 to <4, 4 to 6, and >6, respectively). The infusion rate was 0.12 mL/kg/min (approximately 3 IU/kg/min) up to 8.4 mL/min (approximately 210 IU/min).

The primary hypothesis that the investigational 4F-PCC was noninferior to the control 4F-PCC (80% power, 15% noninferiority margin) was assessed using the Farrington–Manning test. An interim analysis was conducted in the first 50% of patients (at least 185 patients) randomly assigned to either study arm.

The presurgical estimated maximum blood loss of 200 mL or more was comparable in the investigational and control groups (67.6% vs 67.0%, respectively). Both groups received a median dose of 25 IU/kg (range, 16-50 IU/kg and 15-50 IU/kg, respectively). The median infusion duration was 12 minutes (range, 8 to 50) and 13 minutes (range, 7 to 30), respectively. The most common location of planned surgeries was gastrointestinal.

The primary objective was achieved during the interim analysis, and the study was stopped for noninferiority. The final analysis demonstrated that the investigational 4F-PCC was noninferior to the control 4F-PCC (proportional difference, 0.001; 95% CI, −0.080 to 0.082; P <.001). Effective hemostasis at the end of surgery occurred in 94.3% of patients in the investigational group and 94.2% in the control group.

The proportion of patients with an INR correction to ≤1.5 was 78.1% in the investigational group compared with 71.8% in the control group (proportion difference, 0.063; 95% CI, −0.056 to 0.181). No patient had a surgery cancelled owing to inadequate INR correction, and the mean activities of coagulation factors were comparable in the 2 treatment groups.

TEAEs occurred in 81.9% of patients receiving the investigational 4F-PCC and 77.7% of those receiving the control 4F-PCC. Drug-related TEAEs occurred in 1 patient in each study group. The most frequently occurring adverse reactions among participants who received the investigational 4F-PCC were asthenia, anemia, and catheter site–related reaction.

Disclosure: Some study authors declared affiliations with biotech, pharmaceutical, and/or device companies. Please see the original reference for a full list of disclosures. 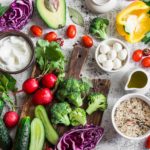