Identifying fetuses at risk of intracranial hemorrhage (ICH) may aid in reducing its prevalence among infants and toddlers (ITs) with congenital hemophilia, according to research presented at the 2022 ASH Annual Meeting and Exposition.

Previous research has suggested that some clinical practices, such as avoiding head trauma during delivery, may reduce the risk of ICH; the early initiation of prophylaxis among those with a family history of bleeding disorders may also be beneficial. For this study, researchers evaluated whether mode of delivery, delivery practices, and initiation of prophylaxis, with a special focus on emicizumab, may be approached differently among individuals with a family history of bleeding disorders.

All data were obtained from the Community Counts Registry for Bleeding Disorders Surveillance. All included ITs were born in 2011 or later, were diagnosed with congenital hemophilia A or B, and had clotting factor activity levels of less than 50%.

Data from 883 ITs were included in this analysis. Overall, 98% of patients were male, 73% were White, 78% had hemophilia A, 62% had severe disease, and 70% had a known family history of bleeding disorders.

ITs with a family history of bleeding disorders were, however, more likely to be diagnosed earlier (P <.001), though there was no indication of different ages of prophylaxis initiation between these 2 groups.

“The ICH prevalence in ITs is still substantial,” Jennifer H. Han, MD, of the Indiana Hemophilia and Thrombosis Center in Indianapolis, said when presenting the study’s findings. “There remains opportunity to prevent ICH by identifying at risk fetuses.”

Han JH, Dupervil B, Kulkarni R, Mahajerin A, Thornburg CD. Clinical and treatment characteristics of infants and toddlers less than two years of age with hemophilia: a report from the Community Counts Registry. Presented at ASH 2022. December 10-13, 2022. Abstract 30. 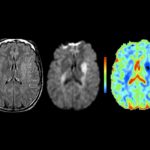