The Vienna prediction model (VPM) is able to identify patients with unprovoked venous thromboembolism (VTE) who are at low risk of recurrence, according to research presented at the 2021 American Society of Hematology (ASH) Annual Meeting.

“The recurrence risk [varies] among patients with an unprovoked VTE,” said Sabine Eichinger, MD, of the Medical University of Vienna in Austria, who presented the findings. “According to recent systematic reviews and meta-analysis, the case-fatality rate of recurrence is 4%; while the case-fatality rate of bleeding with a direct oral anticoagulant is almost 10%. Therefore, extended phase anticoagulation may not be appropriate for all patients with unprovoked VTE.”

The VPM estimates the recurrence risk for patients with a first unprovoked deep vein thrombosis (DVT) of the leg and/or pulmonary embolism (PE). The model incorporates patient’s sex, site of index VTE, and D-dimer level after stopping oral anticoagulation.

Dr Eichinger and colleagues conducted a prospective cohort management study to evaluate whether the VPM can identify patients with an unprovoked VTE who are at low risk of recurrence.

Between January 2013 and May 2021, adult patients (>18 years) with confirmed diagnosis of a first symptomatic DVT of the leg and/or symptomatic PE at 2 tertiary Austrian hospitals were enrolled in the study. Patients with previous VTE or VTE provoked by a temporary risk factor were excluded. Patients discontinued oral anticoagulation 3-7 months after VTE diagnosis. After 3 weeks, D-dimer was measured and the probability of recurrence was estimated using the VPM.

In patients with <180 risk points, which correspond to a predicted one-year recurrence risk of <4.4%, oral anticoagulation was not resumed. These patients had follow-up visits after 3, 12, and 24 months or at recurrence. If recurrence was suspected, both legs were evaluated with compression ultrasonography. Patients with a high recurrence risk (>180 VPM risk points) were excluded from further evaluation, and their management was continued by their local practitioner. The primary outcome measure was independently adjudicated recurrence of symptomatic DVT of the leg or symptomatic PE.

Limitations of the study included the need for patients to discontinue anticoagulation to apply the VPM, which may lead to early recurrences, and the limited follow-up duration of 2 years.

“To conclude, the Vienna prediction model identifies patients with unprovoked VTE at low risk of recurrence. The model was well-calibrated at one year, [and] the underestimation of the recurrence risk at two years could be countered by recalibration,” said Dr Eichinger. “Applying the Vienna prediction model refines risk stratification, which could facilitate treatment decisions on the duration of anticoagulation for patients and physicians.” 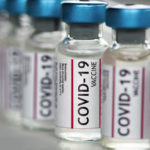