Patients who received radiotherapy with immune checkpoint inhibitor (ICI) treatment may be at a greater risk for hematologic toxicity and pneumonitis, though further research is needed to confirm the connection, according to findings presented at the ASCO20 Virtual Scientific Program.

Previous research suggests that, when combined with ICI treatment, radiotherapy may promote T-cell and inflammatory responses, potentially improving the likelihood of an overall response to therapy. However, it is unknown whether radiotherapy exacerbates the risk of adverse events (AEs) among patients receiving ICIs.

A team of researchers evaluated pooled data from 66 prospective ICI trials to determine whether the addition of radiotherapy affected AE risk. All trials had been submitted to the US Food and Drug Administration (FDA) through the end of 2019.

The overall rate of AEs was similar in both groups; however, after propensity score matching, analyses suggested that all-grade neutropenia (9.7% with radiotherapy vs 5.8% without), thrombocytopenia (8.2% vs 3.7%, respectively), and fatigue (50.5% vs 48%, respectively) may be more common among those who undergo radiotherapy.

Endocrinopathies appeared to be less common with radiotherapy than without (10.7% vs 12%, respectively).

“Analysis to determine comparability of baseline demographic characteristics, comprehensive AE profile, and timing of [radiotherapy] is underway,” the authors wrote. 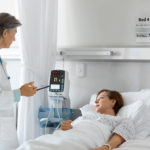