“Salary often refers to base salary, and there are a lot of variable components that are missed in this,” Dr Kunz said. “Women often get asked to do more administrative tasks that may not be compensated fully, and there are differences in startup packages that are also very subjective.”

There are also nonacademic roles wherein women are less likely to be represented than men, including a presence on pharmaceutical and biotechnology advisory boards where honoraria are typically provided. Data on representation and compensation for those roles are lacking.

“Advisory boards have historically been predominantly male,” said Dr Kunz, who is trying to work with pharmaceutical companies to develop more equitable advisory boards and opportunities for steering committees.

“Roles like these not only have an impact on compensation but also have a downstream impact on opportunities to lead trials, to have podium talks, to be on other steering committees, which influence whether women get promoted and obtain leadership roles. So there is this huge domino effect,” she said.

Dr Duma and Dr Kunz both pointed out that gender is only one variable affecting pay in academic medicine, and intersectionality involving other characteristics needs to be considered in approaches to tackle the gender pay gap.

“The data presented in the paper are based on gender, but we need to understand the concept of intersectionality too,” Dr Duma said. “If you divide these numbers and take into account race, for example, the numbers will be even worse.”

“It’s important to recognize that women who have other underrepresented characteristics — whether it be race, age, disability — often carry an additional burden of disparities and face additional challenges,” Dr Kunz noted.

Addressing these disparities will likely require multiple approaches in parallel, but transparency about compensation is a start, the study authors noted. They pointed out that physician groups, including the American Medical Association and American College of Physicians, recently implemented policies to promote transparency in compensation.

“As with many of the solutions around dismantling disparities, you have to be really deliberate and intentional to start trying to tackle them,” Dr Kunz said. “I think a key starting point is transparency around data and metrics for institutions and organizations; in many cases, we just don’t have access to the data.”

Disclosures: Dr Kunz, Dr Duma, and the study authors reported having no relevant conflicts of interest. 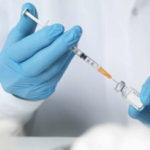 COVID-19 Vaccination Early in Pregnancy Not Linked to Fetal Anomalies